Fighting to Help You & Your Business 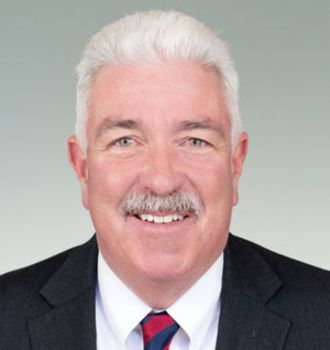 Mr. Quasti is a native Philadelphian who attended Archbishop Ryan High School where he played varsity soccer and baseball.

Following high school, Mr. Quasti attended Ursinus College on a Presidential Scholarship where he played soccer for four years and was a member and officer of Sigma Rho Lambda.

After graduating Ursinus in 1983, Mr. Quasti attended the Widener University School of Law where he served as an editor on the school's law review, The Delaware Journal of Corporate Law. He was also a member of the national honor fraternity, Phi Delta Phi.

In 1996 Mr. Quasti left the Montano firm as a partner to become a founding shareholder of Lally, Holtzman, Gilligan & Quasti P.C. From 1996 to 2002 Mr. Quasti served as the firm's managing shareholder. During that time he continued to represent insureds and self-insureds in matters pertaining to medical malpractice, automobile negligence, commercial general liability, fire loss subrogation, construction losses, and declaratory coverage claims.

"All of my knowledge and understanding of the law is used for the benefit of my clients."

In 2002 Mr. Quasti started his own practice and continued to focus on defense litigation in the State and Federal Courts of New Jersey and Pennsylvania and the defense of employers' rights in the compensation courts of New Jersey.

AM Best has recognized Mr. Quasti as recommended insurance defense counsel. Mr. Quasti is also a member of the Central and South Jersey Claims Associations as well as the Council on Litigation Management.

Over the course of his more than thirty years in practice, Mr. Quasti has successfully tried numerous matters to a conclusion. He has represented professionals, including site, mechanical, and electrical engineers. Mr. Quasti has represented manufacturers, distributors, and designers of a multitude of consumer and industrial products, including spas/pools, automobiles, boats, pesticides, paints, and production machinery and consumer products. A significant portion of Mr. Quasti's practice is also devoted to analyzing, prosecuting, and defending declaratory judgments involving insurance coverage issues from both insurer's and insured's perspectives. Indeed, Mr. Quasti was counsel of record in the published decision of Estate of Dahl v Cumberland Mutual, 362 N.J. Super. 91 (App. Div. 2003).

Mr. Quasti resides in Montgomery Township, Pa. with his wife, Lisa, and two sons, Christopher and Kevin. He has served as a volunteer youth baseball coach with Montgomery Township Baseball and Softball Association. In addition, Mr. Quasti has coached youth soccer at the Ukrainian Nationals Soccer Club as well as Montgomery United where he also formerly served as Vice-President. He holds various coaching licenses from the Eastern Pennsylvania Youth Soccer Association as well as the National Soccer Coaches Association of America.

Mr. Quasti is an avid outdoorsman who enjoys fishing and hiking. He is a member of the Montgomery Township Park and Recreation Board where he has served as Chairman and Vice-Chairman. He is also a yearly participant in the Susan G. Komen 3-Day 60 mile walk in Philadelphia.